Politicians, public health authorities, and many journalists demand that Americans trust “the science,” but “the science” is often not science but dogma. Soon after taking office, Joe Biden said his administration would “lead with science and truth.” Should we have expected fantasy and lies? Vice President Kamala Harris said:

This is true, but people don’t agree about what the “same evidence” means. What those in power want is for us to accept the truth as defined by institutions such as pharmaceutical companies, the Centers for Disease Control, the White House, and the office of the Surgeon General. Most Americans are not going to read clinical studies; even fewer can understand them. Trusting these institutions is an act of faith, and faith must be earned, not required.

If people undermine this faith, they become a threat. That is why there is such a panic about “misinformation.” This month, President Biden accused Facebook of “killing people,” though he later explained he meant people who use Facebook. The Surgeon General says “misinformation” is an “imminent and insidious threat to our nation’s health.” The White House and allied media including NPR, the New York Times, CNN, touted a report about the “Disinformation Dozen,” 12 people they blamed for spreading misinformation. The “Center for Countering Digital Hate” wrote the report, which shows the ever-expanding definition of “hate.” Naturally, some want the “dozen” deplatformed immediately. “Critical thinking, as we’re taught to do it, isn’t helping in the fight against misinformation,” explained one op-ed in the New York Times. Generally, I’m not a vaccine skeptic. I think COVID-19 is dangerous. However, that’s not the point. Deplatforming would show that there really isn’t much difference between the state and social media. It’s even worse to claim that muzzling anti-vaxxers is fighting “hate.” The government and Big Tech getting together to decide who can and can’t speak worries me more than COVID-19. There will be bias. Black attorney Ben Crump, who is suing vaccine maker Johnson & Johnson over talcum powder, will not have to worry about being deplatformed. The White House will not say his claim — whatever the evidence — that a pharmaceutical company made a dangerous product is “hate.”

Censorship doesn’t look good when the Administration changes its advice. Two months ago, President Biden told vaccinated Americans they didn’t need to wear masks. Now, he must convince them to put them back on. The Centers for Disease Control are not publishing the data experts need to analyze the new policy. According to Pfizer, the immunity provided by the company’s vaccine declines by about 16 percent in six months. Scientists disagree about whether “booster” shots will be necessary. Those vaccinated may still be able to spread the disease, particularly as new variants develop. Whatever “the science” says today, it may say something else tomorrow.

Confusion about this is natural. COVID-19 is poorly understood. “The science” should change as knowledge increases. In a competent country, policymakers could say that there are no perfect solutions, but give us the best available information so we can make choices.

In America, ideology trumps science. We don’t even know where COVID-19 came from and may never know. Some scientists warn that “rhetoric around an alleged lab leak” could fuel “online bullying of scientists and anti-Asian harassment in the United States, as well as offending researchers and authorities in China whose cooperation is needed.” This sacrifices knowledge to politics. 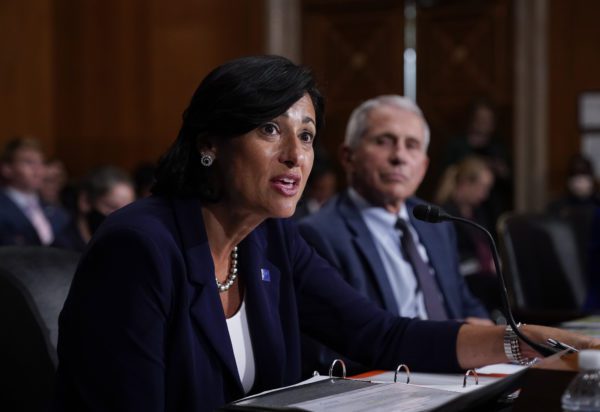 What people call “science” is becoming closer to revealed truth. A recent study of “antimaskers” found that it was “empirically false” to say they were “data-illiterate or not engaging with the data.” They read reports and reach their own conclusions. The study, partially funded by the National Science Foundation and the Social Science Research Council, concluded that data are a “battleground” and suggested — astonishingly — that supplying more data might undermine “mainstream science.” In fairness, the study also said that experts should emphasize their own uncertainty. The failure to admit that they don’t have all the answers “has contributed to the erosion of public trust in science.”

We don’t have modest, self-aware government, corporations, and public health authorities. Instead, we get more dogmatism. Home Depot, Google, Facebook, and Netflix, require or will require vaccinations: Get the jab or lose your job. President Biden is reportedly mulling a vaccination requirement for federal workers. “Vaccine passports,” or proof of vaccination are already sometimes required before you can enter a business or travel abroad.

How much does the federal government really care about our health? Thousands of illegal immigrants are entering the country through the southern border, even though the border with Canada remains closed. Some illegals tested positive, but a Catholic “charity” sent them to local hotels and didn’t bother to notify local officials.

The Lancet reports that obesity (“another ongoing pandemic”) makes COVID-19 worse. Where’s the media campaign to reduce obesity, which increased over the last year? Rep. Marjorie Taylor Greene may have overstated the case when she said COVID-19 isn’t dangerous to anyone who’s not old or obese. However, FiveThirtyEight’s dismissal of “the right-wing troll culture’s long fixation on fat-shaming” ignores reality. If the government wants to protect people from COVID-19, exercise and diet should be part of that effort — but that would be “ableist.” 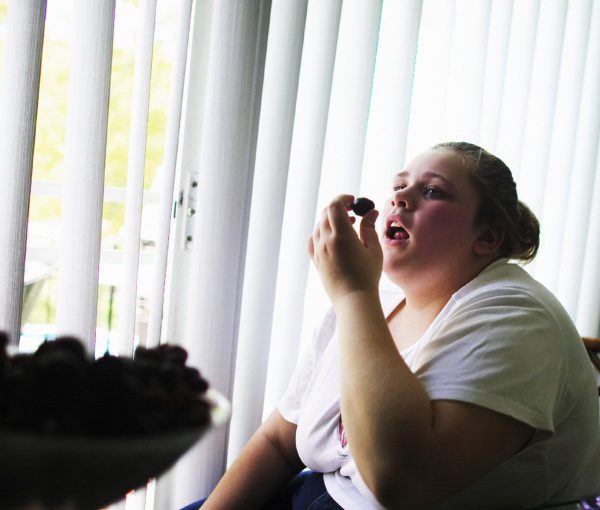 Lauren Makowski is 14-years-old. Lauren now weighs 235 lbs, down from 292 lbs. Since the early 1970s, the percentage of American children and adolescents defined as overweight has more than doubled, to about 15 percent, according to the Centers for Disease Control and Prevention. Three out of four overweight teenagers remain overweight into adulthood. And with two-thirds of American adults now overweight, they face an increased risk of diabetes, heart disease and other illnesses. (Credit Image: © Mark Richards / ZUMApress.com)

The Wall Street Journal recently published an article on “How Science Lost the Public’s Trust,” concluding that “the politicization of science leads to a loss of confidence in science as an institution.” Ties with Communist China and the fear of being considered politically incorrect have warped priorities and kept researchers from investigating controversial topics. The article refers to a paper on glaciers that was criticized “because it wasn’t sufficiently feminist” — but there is a solution. “Glaciers, gender, and science: A feminist glaciology framework for global environmental change research,” published in Progress in Human Geography, will lead us to “more just and equitable science and human-ice relations.”

Several months ago, the Wall Street Journal also published “How a More Resilient America Beat a Midcentury Pandemic.” When the Asian flu struck in 1957, there were no lockdowns. Americans had a greater tolerance of risk and communities were stronger. Author Niall Ferguson:

Compare these stoical attitudes with the strange political bifurcation of reactions we saw last year, with Democrats embracing drastic restrictions on social and economic activity, while many Republicans acted as if the virus was a hoax. Perhaps a society with a stronger fabric of family life, community life and church life was better equipped to withstand the anguish of untimely deaths than a society that has, in so many ways, come apart.

A further contrast between 1957 and 2020 is that the competence of government would appear to have diminished even as its size has expanded. The number of government employees in the U.S., including those in federal, state and local governments, numbered 7.8 million in November 1957 and reached around 22 million in 2020—a nearly threefold increase, compared with a doubling of the population. Federal net outlays were 16.2% of GDP in 1957 versus 20.8% in 2019.

There are three reasons today’s America is unprepared for the pandemic. The first is that “the science” is not always science because institutions sometimes sacrifice the truth to ideology. The second is that, thanks to diversity, America is no longer a high-trust society. Many Americans don’t believe what their government, media outlets, and “experts” tell them. Finally, many people seem to think the disease is an excuse to censor people they don’t like, increase their own power, and accomplish unrelated political goals. CNN's @DrLeanaWen: The Biden Admin should say to unvaccinated Americans: "Hey, you can opt out, but if you want to opt out, you have to sign these forms, you have to get twice weekly testing." pic.twitter.com/Gsu34HG6jz

Pelosi is right and should make the trip to Taiwan

Biden Shines In Town Hall By Turning The Page On Trump...