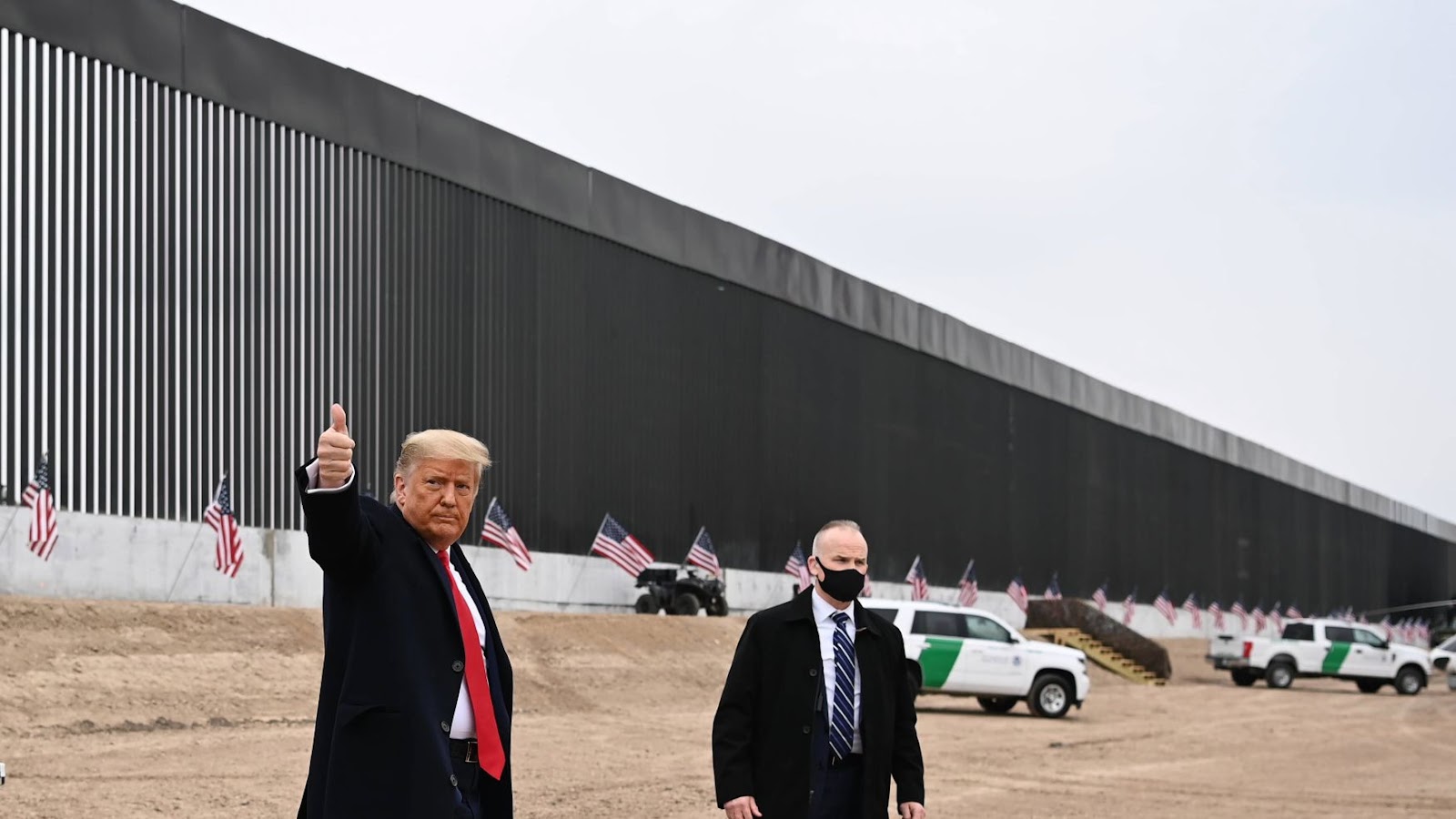 US-Mexico border wall had been the prime focus of the Trump administration. The wall worth $12 billion secured the spotlight in the Trump rule and now is breached using a $5 ladder.

Texas Monthly brought up the issue in a report highlighting the crossing of the border wall by unauthorized migrants using a ladder.

The report cited Scott Nicol, an activist and Texas resident who said,

“These ladders are probably $5 worth of hardware, and they’re defeating a wall that cost $12 million a mile in that location.”

“Unlike the wall, these ladders are functional,” Nicol continued.

Seemingly, the sturdy wall failed to curb the two-way traffic.

US Patrol Officials in the area also noted the frequent locating of the ladders along the boundary, which are subsequently discarded and departed to the landfills.

The lumber-derived ladders have become the common findings between Granjeno and Hidalgo, thus questioning the administrative spendings of billion dollars in standing this structure.

What are your thoughts on the issue? Let’s know in the comments below.

Are All Men Created Equal?