European football’s governing body UEFA had already approved Robert Kempe’s license at the beginning of May, WDR said in a statement.

“However, he was informed in writing that local authorities in one country had rejected his accreditation after a ‘background screening,'” the statement read, adding that UEFA confirmed the country was Russia.

UEFA said the accreditation of the award-winning journalist would remain valid for the other 10 EURO 2020 venues across the continent.

WDR said it was working on finding an alternative, noting that accreditation would simplify visa procedure.

The Allianz Arena is the pride and joy of Bayern Munich. Built as a pure soccer stadium with a capacity of 67,812 seats, it meets UEFA’s highest standards. The stadium’s illuminated oval-shaped outer shell is worth seeing. During the Euros, Munich will host the three first-round matches of the German national team, plus a quarterfinal. 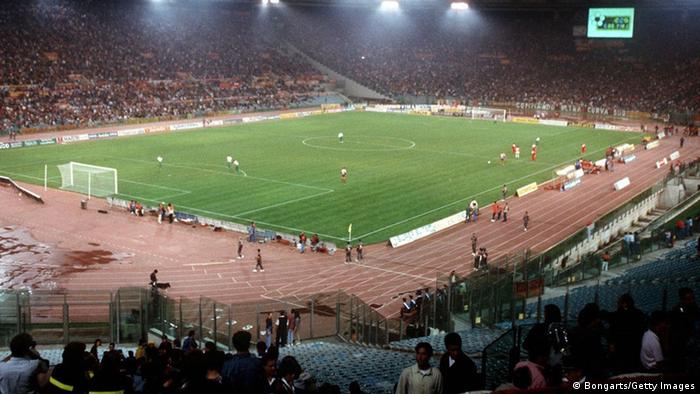 The Olympic Stadium in Rome seats 72,700, but is in need of renovation. In 1987, the Athletics World Championships were held in this stadium, as well as the 1990 World Cup. It was the venue for the German team’s successes in the 1980 Euros and in Italia 90. Three preliminary round matches and a quarterfinal will be played in Rome. 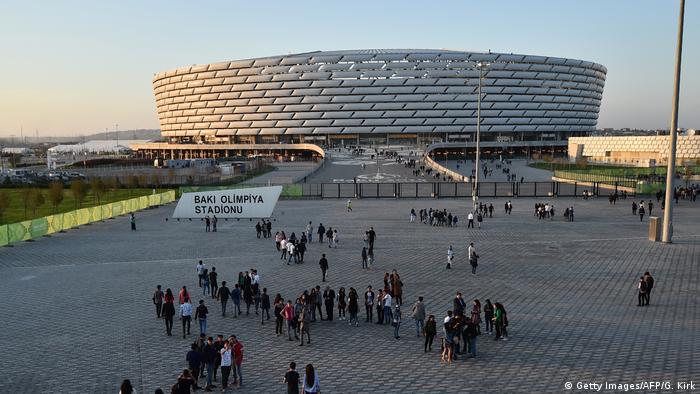 The new National Stadium of Azerbaijan, which opened in March 2015, holds 69,870 spectators. It replaced the small Tofik Bahramov Stadium as the home ground of Azerbaijan’s national team. In 2019, Chelsea won the Europa League final here against Arsenal. At Euro 2020, Baku will get three group games and a quarterfinal. 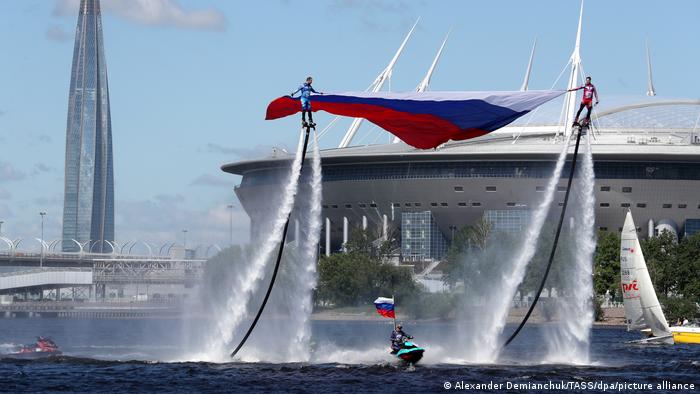 The Kretowski Stadium in St. Petersburg, also known as the Gazprom Arena, was built for the 2018 World Cup. The arena seats 69,000 spectators and stands on the site of the old Kirov Stadium, which was demolished in 2006. The construction costs were immense, at around €930 million. The arena will host three group matches and a quarterfinal in 2021. 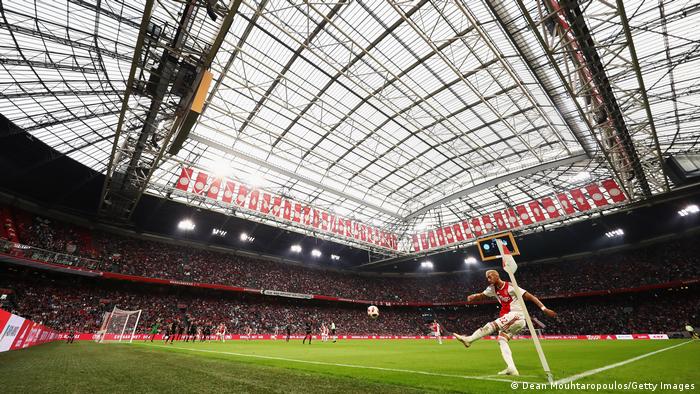 The 52,960-capacity arena, named after Holland’s famous number 14, is one of the most innovative stadiums at the European Championship. The arena has a retractable roof and is equipped with special lights that control the growth of the grass. It already played host to matches at Euro 2000. Twenty-one years later, Amsterdam will host three group matches and a round of 16 game. 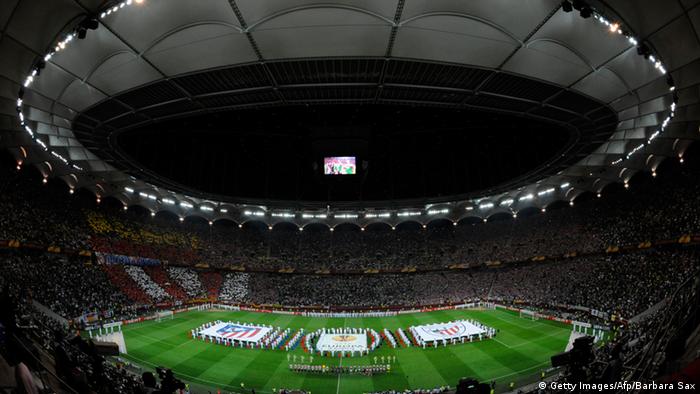 The new Romanian National Stadium was built from 2008 onwards on the same site as the old National Stadium, which had stood since 1953. It has a capacity of 55,600 and hosts the international matches of Romania. At Euro 2020, three preliminary round matches and round of 16 games will be played here. 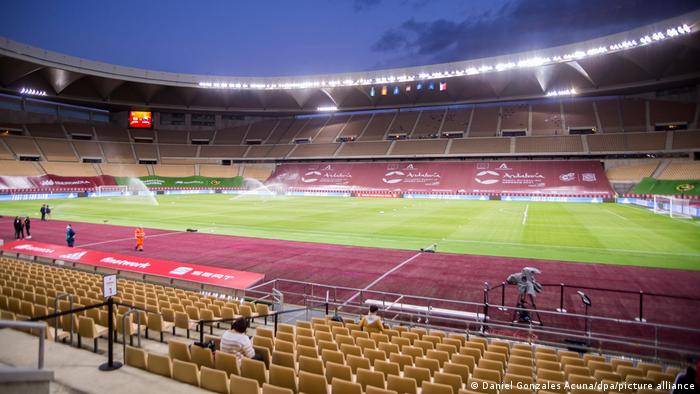 Because the city’s two major soccer clubs — Real Betis and Sevilla — have their own stadiums, soccer games are rarely played at the Estadio Olimpico. It seats 57,619 spectators. Bilbao was originally planned as the venue, but was dumped by UEFA because the Basque regional government could not guarantee the presence of spectators during the coronavirus pandemic. 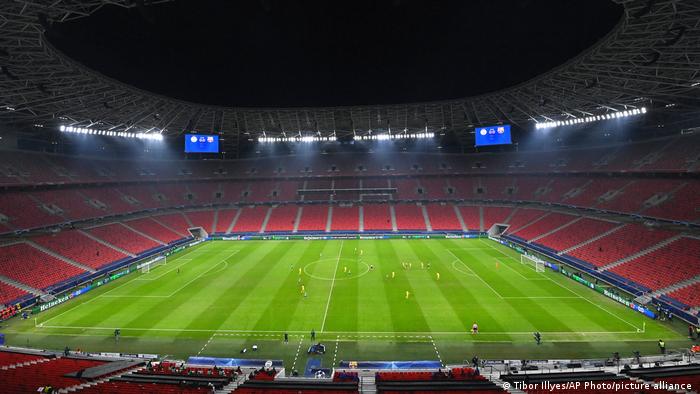 The stadium, named after one of Hungary’s best soccer players, is where the Hungarian national soccer team plays most of its home games. In recent weeks, the stadium has often been an alternate venue in the Champions League — for RB Leipzig and Borussia Mönchengladbach, among others. At the European Championship, three group matches and one round of 16 match will be played here. 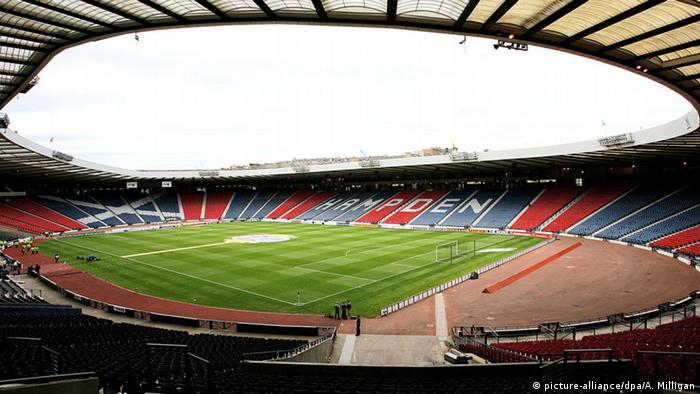 The 52,500-capacity arena was the largest soccer stadium in the world until the Maracana in Rio de Janeiro opened in 1950. Hampden Park, usually home to the Scottish national team, will host three group games and a round of 16 match at Euro 2020, although Scotland’s game against England will take place at Wembley. Both Eintracht Frankfurt and Bayer Leverkusen have lost European Cup finals here.

“We call on Russia to provide clarification and to grant our colleague free access to the Russian venues so that he can carry out his work as a journalist on site,” said WDR editor-in-chief Ellen Ehni.

“We see this as a restriction of press freedom that is unacceptable to us,” Ehni added.

WDR said Kempe, who has been its journalist for over a decade, has reported on the intersection between politics and sports and produced several projects about Russia.

A Dude Banned From Women’s Olympics