The river Evros forms the land border between Greece and Turkey. The waters of this river and its tributaries have made the Evros region one of the most fertile in Greece. Here, on both sides of one of Europe’s most controversial external borders, rolling green hills lined with small deciduous forests stretch as far as the eye can see.

“Refugees have been passing through here for as long as I can remember,” says local farmer Fotis Chantzis. While migrants cross the region on their way to western Europe, many locals have turned their back on Evros in recent decades.

Thirty-six-year-old Chantzis is one of the few people who have decided to stay. “This is Greece’s most neglected region,” he says. Despite the fact that conditions for crop cultivation in the region are ideal, the locals face economic hardship. “We had a sugar factory that was really important for the people here, and they closed it down,” says Chantzis.

Global competition also makes it difficult for farmers here to make ends meet. But despite the many problems the people of Evros face, the central government in Athens is interested in one thing above all else: making the border impassable for refugees — even after the Taliban takeover in Afghanistan.

The Evros River and the Turkish border run right behind the hills of the village where Chantzis runs his farm. Countless abandoned buildings bear witness to the tough economic reality of life here. Instead of tractors and harvesting machinery, military jeeps patrol the area. The river is now a military exclusion zone and inaccessible for most people. Attempts to film or investigate there are viewed as espionage and can result in criminal charges.

Nevertheless, refugees regularly succeed in crossing the border, although numbers seem to have decreased in recent weeks. Anyone passing through the forests near the border will come across discarded backpacks, tents, empty water bottles and candy bar wrappers from Turkey: “They sleep in the woods after they cross the river and then move on the next day,” says Chantzis. The economic and political neglect of the region is fueling xenophobia among many of the locals, he says, emphasizing at the same time that the refugees simply pass through without causing any harm or damage.

When asked whether refugees are crossing the border at the moment and if so, how many, locals give contradictory answers. Many of those who speak of “lathrometanastes” (illegal immigrants) claim that people are crossing the border on a daily basis, passing through the villages and stealing from fields and gardens. Others feel that the numbers are decreasing. A waitress in the village of Praggi says it’s been a while since she saw any refugees. “They avoid the main roads because they are afraid of the police.”

Fear of a refugee influx

Meanwhile, local media claim that large numbers of Afghan refugees began crossing over into Greece at the end of August. They show videos of large groups — including families — trudging through forests and fields. Although it is not known when and where the footage was filmed, the message is crystal clear: Illegal immigrants are entering the country and heading for its towns and cities.

The route through the area where Bulgaria, Greece and Turkey meet is popular with refugees headed for western Europe

Thessaloniki, Greece’s second-largest city, is about 400 km (250 miles) away. Most refugees who cross the border at the river Evros pass through here, explains Hope Barker, policy analyst with the Border Violence Monitoring Network. In response to the Taliban takeover in Kabul, Greece accelerated its construction of a fence at parts of the Evros border to make it harder for refugees to cross.

Somehow, though, they manage it. “Fortifying the borders just increases the risks people face when attempting to cross; it does not deter them from crossing. This means people are relying on smugglers, who are often exploitative,” explains Barker.

She points out that the dozens of refugees local media claimed had crossed the Evros never arrived in Thessaloniki and casts doubt on the authenticity of the footage. While she does acknowledge that people from Afghanistan have fled the country, she stresses that it will take them a while to make it to the Greek–Turkish border. 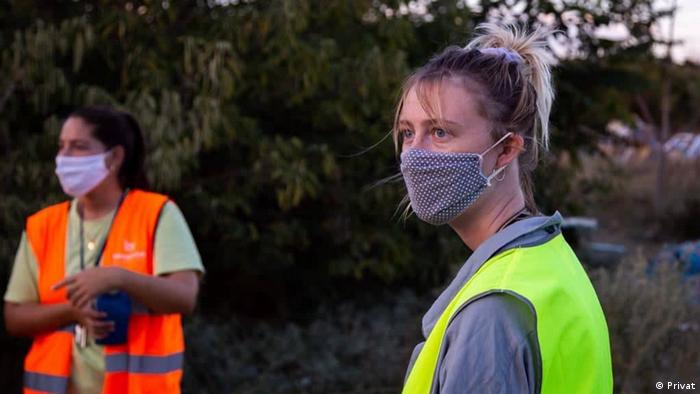 Barker explains that once the migrants reach the Evros River after their difficult journey through Iran and Turkey, they face more problems. “When crossing into Greece, people are faced with the military, Frontex officers, unidentified masked men, informal detention sites, army compounds and the list goes on. All of these elements go hand in hand to enforce a very well-developed and systematic pushback regime in which people on the move are constantly forced back across the border to Turkey,” she says

This information is mainly based on testimonies from numerous refugees interviewed by the Border Violence Monitoring Network in recent years. The authorities are making it impossible to get a clear picture of what’s happening at the EU’s external border. “With a lack of access for researchers, NGO workers, human rights defenders and journalists, this regime is allowed to go on undisturbed,” Barker says 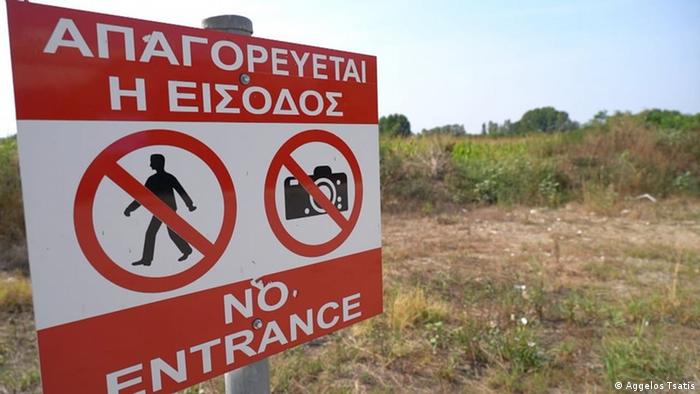 Greece’s migration minister, Notis Mitarakis, denies all allegations of illegal pushbacks or human rights violations. In his first statement after the fall of Kabul to the Taliban, he said that Greece will not change its “tough but fair migration policy.” On his social media platforms, he expresses pride in the steady decrease of new arrivals of refugees via land and sea borders and the significant reduction in asylum-seekers in camps. Mitarakis recently declared that Greece’s migration crisis is over.

Hope Barker sees things very differently. Fewer arrivals mean more illegal pushbacks, she says, and fewer people in the camps does not mean fewer people in the country: “The governing Nea Demokratia party has continuously pushed to lessen the support offered to recognized refugees. What this leads to is less people in the camp, sure, but also more people out on the streets.” As far as she is concerned, official numbers cannot be trusted.

The European Union, which has given billions to Athens to tackle the migration crisis since 2017, has been reluctant to formally reprimand Greece for illegal refoulement and other human rights violations. But now, even Brussels is starting to demand more transparency from Athens.

When Greece recently asked for an additional €15.83 million ($18.65 million) for its coast guard, Brussels insisted on the establishment of an independent monitoring system. For years, NGOs have been demanding such a system in order to create transparency at land and sea borders and to guarantee the rule of law for asylum-seekers.

Russia: Potential Civil War is looming in Afghanistan with the abandoned...

National Review Webathon: What Friends We Have!

Politics December 2, 2022
The title of the page
Go to mobile version