The head of the Bank of Israel said Tuesday that the government should take every possible measure to avert a new lockdown, as coronavirus cases continued to climb and some restrictions were reimposed aimed at reining in the Delta variant.

Amir Yaron told Bloomberg news that the bank had funds on hand to cope with a lockdown, however, and downplayed fears of runaway inflation.

A one-month lockdown would shave 0.5 percent off of Israel’s economic growth for the year, according to the bank’s estimates, Yaron said. In July, the bank forecast GDP growth of 5.5% in 2021, and 6% in 2022.

He also warned against the uncertainty generated by lockdowns.

“We have to make every conceivable effort to avoid a lockdown,” Yaron said. “There are funds in the current budget to support things related to COVID. We will have to deal again with those who might be placed on unpaid leave.”

He called for better enforcement of virus mitigation measures, administering the third booster shot to more Israelis, and more outreach to the unvaccinated.

If the lockdown takes place during the upcoming holiday period, there would be fewer workdays affected, which would reduce the economic damage, he said.

Yaron said the current inflation rate is around 1.7%, putting it within the Bank of Israel’s target of 1-3%.

The bank was working to determine whether inflation was transitory due to factors such as supply chain bottlenecks or pent-up demand, or if it might be a longer-term phenomenon.

Israel was “not seeing any risk of inflation eruption,” he said. “Our current view is that most of the forces right now are fundamentally still transitory forces.”

He added that some of Israel’s inflation was being imported from abroad.

A healthcare worker takes a swab sample from a man at a drive-thru coronavirus testing facility in Jerusalem, on August 10, 2021. (Olivier Fitoussi/Flash90)

He applauded the new government’s budget, saying the Bank of Israel gave lawmakers “a whole book” of proposals on the new Knesset’s first day in office that are included in the budget.

“This is very important to basically mobilize a lot of things that have been on a holdup for two-plus years in which we did not have a budget. I think this is very good news for the economy,” Yaron said.

Despite several months of near-normalcy, Israel’s economy is still recovering from the effects of the first year of the pandemic. Unemployment remains high, even though the government ended most pandemic support measures, and salaries are still balancing out as workers return to the labor force.

On Monday, Finance Minister Avigdor Liberman expressed opposition to the prospect of a lockdown, warning of the economic harm it would cause.

The Treasury chief also said economies need certainty and that talk of a lockdown “hurts certainty.” 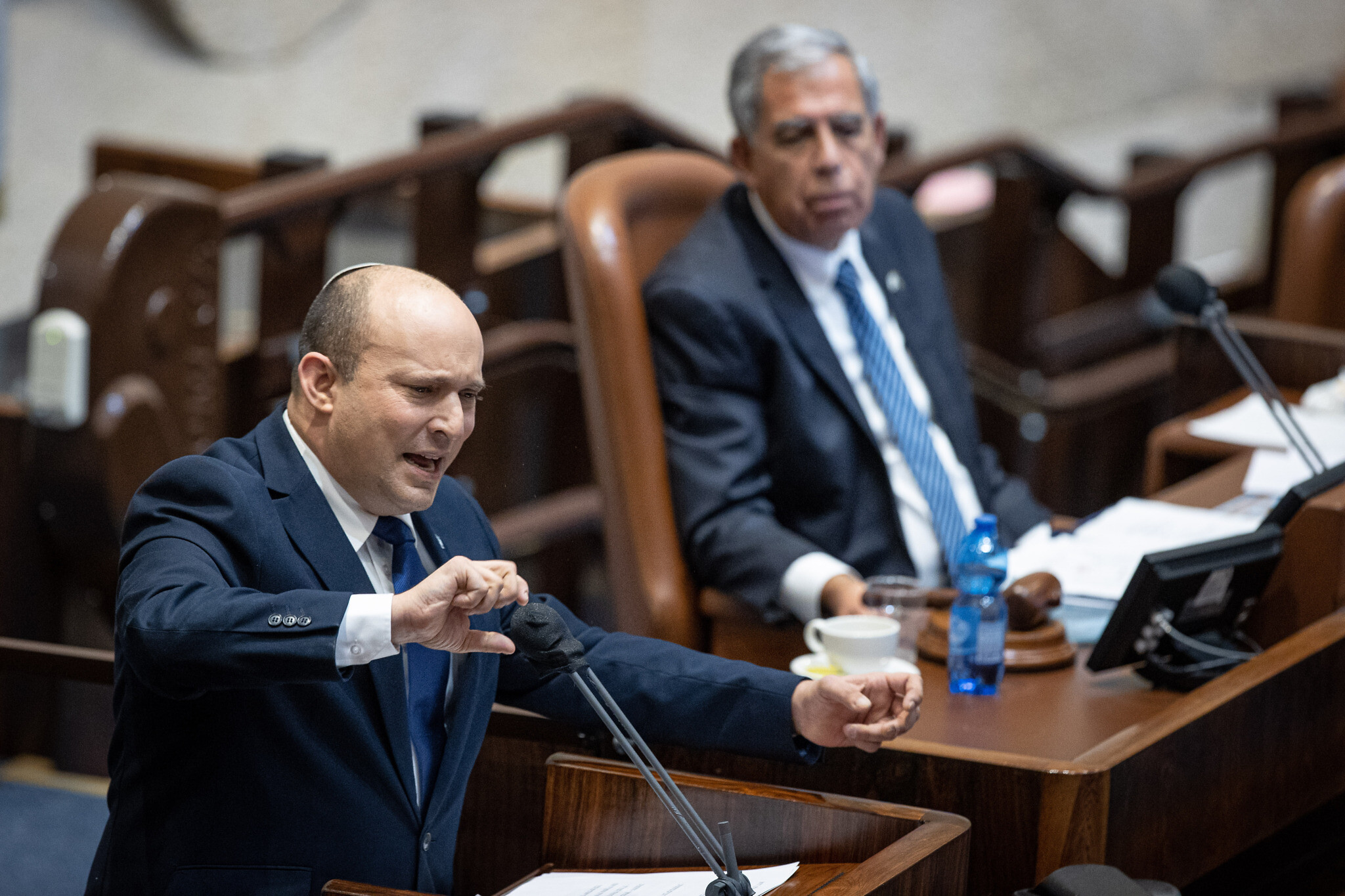 The government is moving forward with measures to get control of infections. Prime Minister Naftali Bennett on Tuesday agreed with senior health officials on an expansion of COVID-19 restrictions, according to multiple reports, in an effort to stem a spike in coronavirus cases driven by the Delta variant.

The coronavirus cabinet — a high-level ministerial forum tasked with steering the government’s pandemic policy — will convene on Wednesday to discuss the proposed measures.

Meanwhile, Channel 13 news reported that Bennett hopes to broaden eligibility for a third dose to those over 45 or 50 in the near future. Currently only those over 60 or who are immunocompromised can get a third dose.

Schools have become a major concern. An Education Ministry source quoted by various Hebrew media outlets estimated that as the school year opens on September 1, the country could see some 5,000 students diagnosed with the coronavirus each day.

According to the Health Ministry, 2,942 new COVID cases were diagnosed on Tuesday by the afternoon, after 6,343 infections were diagnosed the day before — the first time since early February over 6,000 people tested positive in a day. There were 36,251 active cases in the country.

Earlier this week, the full Green Pass was reinstated in Israel, limiting most public gatherings — both indoor and outdoor — to those who are vaccinated, recovered or present a negative COVID test, with exemptions until August 20 for those aged 12 and under.

In addition to local measures, Israel is also working to stem the tide of new cases and variants arriving from overseas with strict regulations for incoming travelers — both vaccinated and non-vaccinated — from almost all countries. Home quarantine will be required for 14 days, or seven days with two negative tests, starting on Monday.

‘Back with a vengeance!’ Project Veritas unbanned from Twitter

CBS News Continues Humiliating Themselves On Twitter, With Yet Another Mentally...

CBS News Continues Humiliating Themselves On Twitter, With Yet Another Mentally...

Border Wall November 24, 2022
The title of the page
Go to mobile version