A report prepared by a Knesset research unit underlines that Arab men in Israel are significantly more likely to be a victim of illegal gun violence than their Jewish Israeli counterparts.

The details of the study by the Knesset’s Research and Information Center were first reported by the Ynet news site on Monday, one day after Education Minister Yifat Shasha-Biton’s adviser on Arab affairs was shot dead outside his home in the northern town of Rameh.

The study examined violence in 2017-2020 and found that Arab men over the age of 25 are 36 times more likely to be shot than Jewish Israelis the same age.

Young Arabs (the report did not specify age) are 21 times more likely to be shot than their Jewish Israeli counterparts.

Those living in an Arab locality were 30 times more likely to be a victim of gun crime than those living in Jewish areas, the study said.

Between 2017 and 2020, there were 10,891 people injured by firearms: 84 percent of them were Arab residents of Israel, 12% were Jewish Israelis and the remaining 4% were Arab non-residents, the report said.

Arab Israelis account for only around one-fifth of the country’s population.

The research also showed that gun crime was steadily rising — in 2017 there were 1,733 Arab and 267 Jewish Israeli victims of gun crime, while by 2020 those figures had significantly climbed to 2,983 Arabs and 397 Jews.

The study also highlighted the problem of illegal firearms. Between 2017 and 2020, there were 27,000 weapons and pieces of ammunition seized by security forces. The report said they included around 2,000 rifles and pistols.

A significant portion of weaponry stolen in Israel is pilfered from the Israel Defense Forces — 272 firearms, 29,372 bullets and 1,249 other types of weaponry, the report said.

In response to the report, Ra’am party chief Mansour Abbas, chair of the Knesset’s Special Committee on Arab Society Affairs, said that as well as law enforcement, there must also be resources invested in fields such as education.

“The crime and violence in our society is a serious disease that must be treated thoroughly, at all levels, and all the causes of the phenomenon must be dealt with,” Abbas told Ynet.

“It is very important to collect the weapons, but it is even more important to inspire hope and create a high-level environment for living and invest resources in education, housing, employment resources and industry, as well as in any other areas that will prevent further killings,” he said. 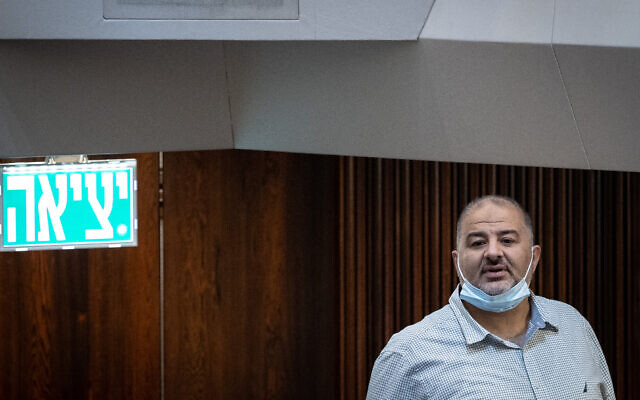 Ra’am chief Mansour Abbas at the Knesset in Jerusalem on July 6, 2021. (Yonatan Sindel/Flash90)

Arab cities and towns have seen a surge in violence in recent years, with organized crime seen as the main driver.

Arab Israelis blame police, who they say have failed to crack down on powerful criminal organizations and largely ignore the violence, which includes family feuds, mafia turf wars and violence against women.

According to the Abraham Initiatives nonprofit, 58 Arab Israelis have been killed in homicides since the beginning of 2021. In 2020, 96 Arab Israelis were killed, by far the highest annual toll in recent memory.

Another 12 Palestinians from West Bank and East Jerusalem were killed inside Israel in apparent homicides.

According to a 2020 Knesset report, some 400,000 illegal weapons are circulating in Israel, the vast majority in Arab communities.

Last month, Prime Minister Naftali Bennett said that violence and crime in Arab Israeli communities was a “national calamity,” as he met with senior government and police officials to formulate a national plan to tackle the issue.

The Ynet report came a day after Sahar Ismail, 50, was shot dead in a northern Arab town. Rameh mayor Shawki Abu Latif told The Times of Israel from the scene of the incident that Ismail, a well-known figure in the town, was married and had a 4-year-old son. 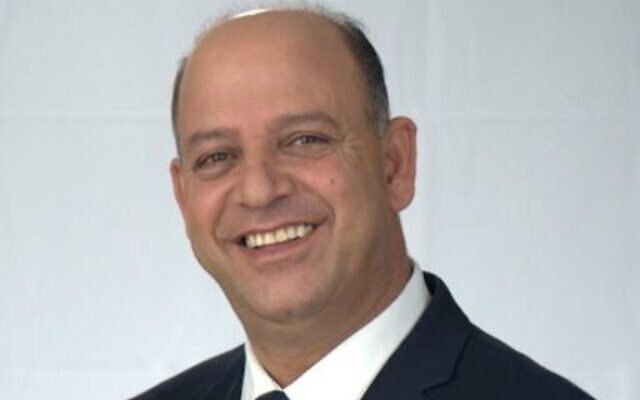 Ismail was placed 17th on the New Hope party’s slate ahead of March’s election, but the party only won six seats. A longtime Likud activist, Ismail was a close colleague of New Hope leader Gideon Sa’ar. When Sa’ar split from the Likud last year, Ismail followed him into the new party.

Following the shooting, Sa’ar called Ismail a “dear and beloved friend and partner.”

Police have opened an investigation into the matter.

AOC: Conservatives Hate Me Because They’re So Sexually Frustrated

Politics August 17, 2022
The title of the page
Go to mobile version