Twenty-eight-year-old Arwa Abdulhameed is studying for a degree in social work at Cologne’s University of Applied Sciences (TH Köln).

She grew up in the Kurdish part of Iraq, but an accident at the age of 15 left her a paraplegic and using a wheelchair. Her parents brought her to Germany for treatment. “It changed my life completely,” she says.

Abdulhameed needs almost round-the-clock support. She has a home carer who visits, and in addition, an assistant who is with her from morning to evening. “I can move my arms a little bit, but I can’t eat on my own,” she explains. Her assistant sets up the screen for her video chat with DW.

Chronic pain and the need for regular treatment means Arwa can only study part-time.

According to a survey by the German National Association for Student Affairs, 11% of Germany’s around 2.8 million students in 2016 lived with a health impairment that made studying difficult. There is no data available on teaching staff with disabilities, but a new study is currently underway.

In April 2021, Abdulhameed contracted COVID-19. Despite her status as a vulnerable person,she still had not been vaccinated. “By the fourth, fifth day, I was having trouble breathing,” she says. An ambulance came, but in Cologne all the hospitals were full. She ended up on an intensive care unit in a nearby town, away from her family, and without anyone to help her. The student was put on a ventilator, and although she says she was scared she might die, Abdulhameed adds she remained hopeful: “I knew if I’d been able to manage everything else, then I could manage this, too!” After 11 long days, she was allowed to go home.

Some German universities are not equipped for people with disabilities. Abdulhameed says although her university in Cologne is different, it is not all plain-sailing: “By the time I get to the top floor, I’ve missed half the session.” 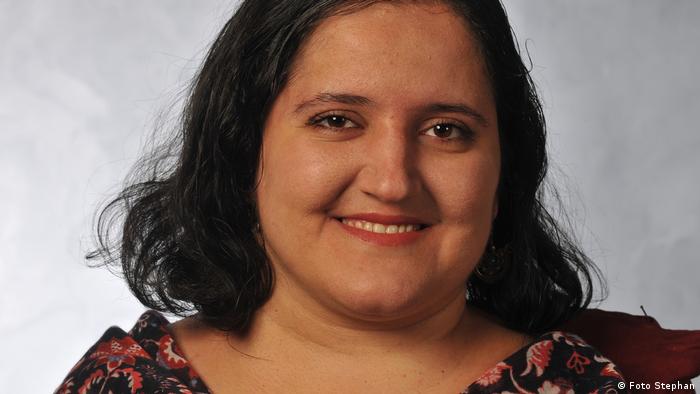 Barriers in buildings and in minds

As part of her studies, Abdulhameed has covered the UN Convention on the Rights of Persons with Disabilities. Its demands include equal and full accessibility in public life for those with a disability, including in university education. The 28-year-old believes the elimination of barriers in buildings, as well as those in people’s minds, is long overdue. Germany ratified the convention in 2009, but Arwa says barriers have still not been completely banished from universities, public buildings, or even doctors’ medical practices. Driving the point home, she says the elevator at her train station has been out of service for months. 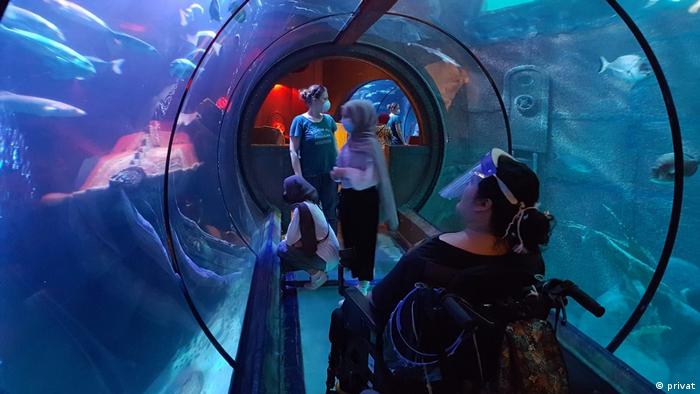 Sometims Arwa will go on outings accompanied by her assistant, like here to an aquarium

The German government’s commissioner for matters relating to persons with disabilities, Jürgen Dusel, says: “Inclusion is not something that is nice or charitable. It is a human right. In Germany, around 13 million people live with a disability. They have the same rights as everyone else in our society.” Dusel adds it is the duty of policy-makers and society to ensure that everyone can participate in public life.

For Arwa Abdulhameed, she encounters structural barriers whenever she comes up against the authorities where she has to battle to have her demands for help met. Then, she says, there are barriers in the minds of people who address her assistant, instead of speaking directly to her. She also recollects how a woman once put €10 ($11.86) in her hand and refused to take it back. Abdulhameed scoffs, “as if people in wheelchairs are all beggars!”

Abdulhameed tells us that some professors are open to discussing rights for the disabled and acknowledging extenuating circumstances, which could mean, for example, being allowed to take an exam later than other students. But, she would like to see ‘inclusion’ become a matter of course in public life and education, so that when she applies for practical training places or later, a job, her first question does not have to be whether the place is accessible for wheelchairs, or not. 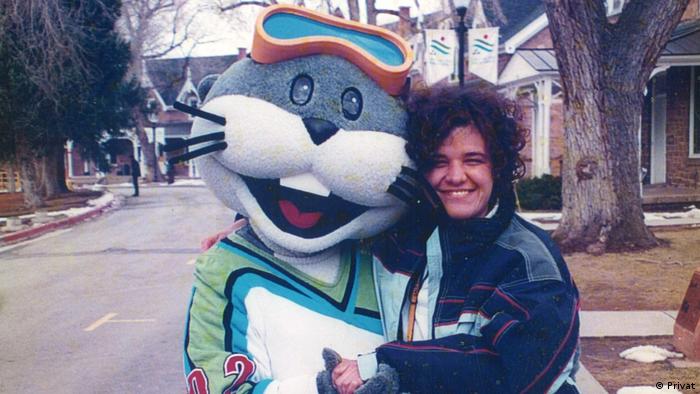 Forty-six-year-old lecturer Sasha Kosanic says more teachers with disabilities would set a precedent. She grew up in parts of the former Yugoslavia, which later became Croatia and Slovenia. Later she graduated with a Bachelors’ and a Masters’ degree. Cerebral palsy has left her in control of only one side of her body and that slows everything down. She can only type with one hand, but says creativity is key: “Even as a child, I found ways of doing things differently.”

Kosanic completed her doctoral thesis in Britain, and then went on to live in Germany. Kosanic says there’s double discrimination if you’re a woman and a person with a disability.

In Germany, the classic image of the esteemed scientist is still usually white and male. In a survey of male and female professors in 2018, almost 60% of female participants said they had faced discrimination because of their gender. Only 6% of men said the same.

The geographer says the focus should not be on numbers, but on performance. If someone has a medically assessed disability rating of 70% and needs longer to do things, it is wrong to compare how many publications they have had with an able-bodied researcher, she says. Kosanic would like to see more active inclusion where academic appointments are advertised explicitly looking for applicants with a disability. 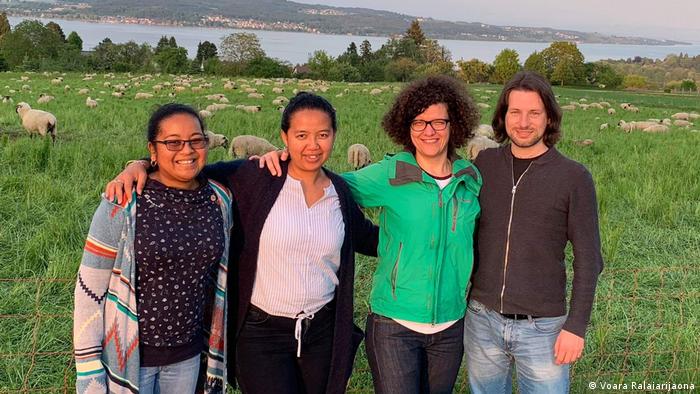 Research into climate crisis and disabilities

Kosanic works in an interdisciplinary field researching the effects of climate change on biodiversity and human life. She says the consequences of extreme climate crises put people with disabilities at high risk and adds that more research needs to be done into that area.

Sasha Kosanic is a big proponent of inclusion in education, particularly in what is known as the MINT subjects — mathematics, information technology, natural sciences, and technology. “In the MINT subjects, we are like a rare, endangered species,” she says, smiling. She adds, ecology, of course, has shown how important diversity is — and that disabled scientists can always bring something new to the table of science.

Kosanic says as well as the downside, the coronavirus pandemic has opened more doors for people with disabilities at universities. Online video conferences are far more easily accessible for people with disabilities, and now virtual field research is a possibility. These forms of hybrid work make it harder for universities and employers to argue that they cannot provide suitable workplaces. 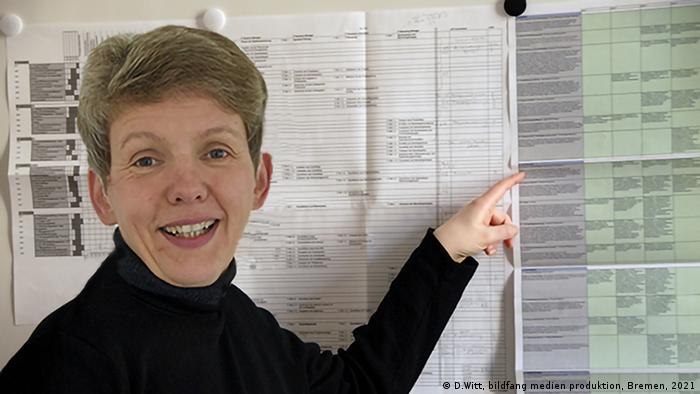 Irmhild Rogalla has years of experience looking at digitalization and accessibility for persons with disabilities. The 55-year-old scientist and author is working at the newly-founded Institute for Digital Participation at Bremen University. For her online video interview with DW, we are joined by a sign language interpreter. “I can speak,” explains Rogalla, “but I don’t hear anything.” She has spent years researching ways to meet the needs of people who are deaf, initially developing applications for telephones and later for video conferences.

She says digitalization is gaining steam, but there has not been enough consideration of factors such as accessibility for people with a disability and data protection. As an example, she cites the use of artificial intelligence and self-driving cars: “You’ll see these wonderful vehicles not only have no space, they have no ramps for wheelchair users, and the doors don’t even stay open long enough for someone with a walker to get in.” She says that it is not down to any malign intent — but most of these innovations are developed by young, white men, for young, white men, without any thought about inclusion.

For a long time, Irmhild Rogalla was self-employed. “Who employs someone like me?” she asks. When it recruits staff, the Institute for Digital Participation asks people only to apply if they have a disability. The Hildegardis Association in Bonn, an organization working for the promotion of women’s studies, held an 2inclusive online application day” to bring “highly-qualified women with disabilities together with employers.”

Germany’s commissioner for matters relating to persons with disabilities, Jürgen Dusel, says that a look beyond the borders shows many countries are far ahead of Germany when it comes to inclusion. He cites the US as an example, where deaf people have been able to make free phone calls with the help of sign language interpreters for years.

Trump is considering whether to run for president in 2024