Serious question. Does the Biden administration believe there is a demand for a type of expertise in the United States and that there is currently a shortage, tempting an open-border policy for mass illegal immigration—a kind of immigration that doesn’t require all the rigorous scrutiny and paperwork for those legally entering the United States on some form of a visa? 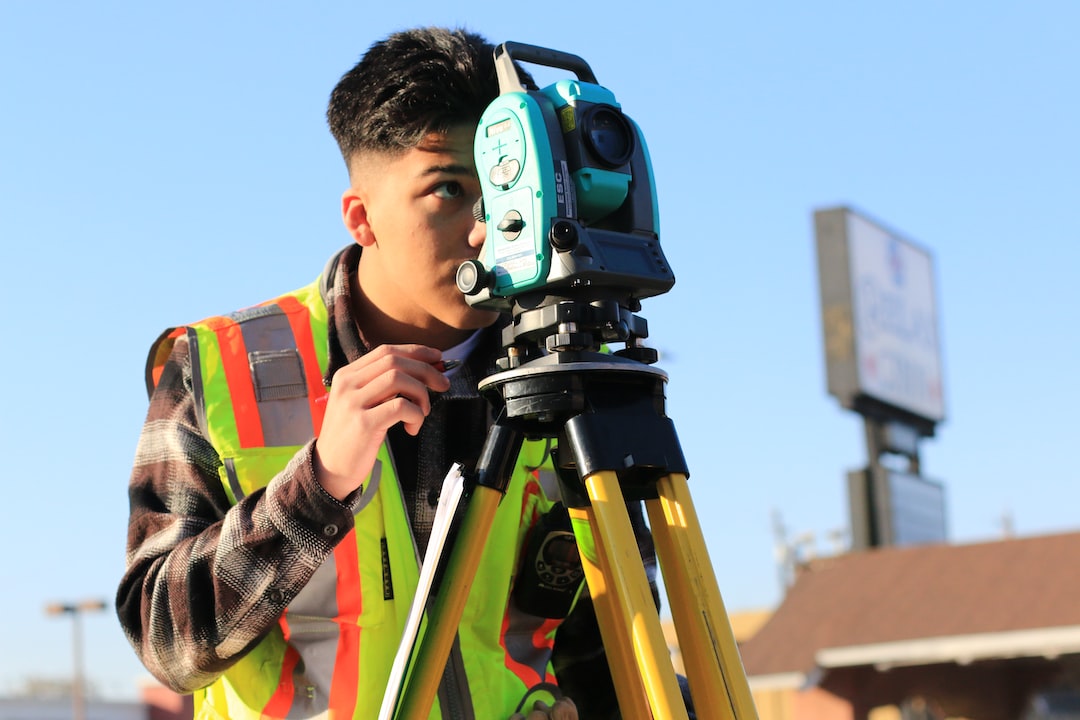 According to the U.S. Customs and Border Protection (CBP), the number of illegal immigrants encountered at the Mexico–United States border has hit record levels in two decades, with over 220,000 crossing over in one month.

New immigrants and citizens were welcomed in a bygone era after a rigorous testing process through the former Immigration and Naturalization Service. Moreover, they had demonstrated their ethical character. They answered questions covering the political heritage and culture of their adopted country—not a long getaway or welfare vacation—but their new home, America, where they would contribute and raise their family as Americans.

But we’re dealing with 2022-style immigration, and a not-so-insignificant proportion of it is unlawful.

For the last two years, the Center for Disease Control and Prevention’s Title 42 has allowed federal immigration officials to quickly return illegal migrants to the country from where they departed for the United States.

Chris Magnus, the U.S. Customs and Border Control commissioner, said that illegal immigration will increase even more following the lifting of the Center for Disease Control and Prevention’s Title 42. He added that:

CBP is surging personnel and resources to the border, increasing processing capacity, securing more ground and air transportation, and increasing medical supplies, food, water, and other resources to ensure a humane environment for those being processed.

Seems like a smooth-running operation to the lay person

After Project Veritas released photos of a 185,000 square-foot facility near the Mexico–United States border last year, the journalism enterprise released photos inside the facility where illegal immigrants, who come across the border daily, are held “in tight spaces and wrapped in space blankets.”

Following the release of these extraordinary scenes, numerous journalists traveled to the Customs and Border Patrol’s facility to further investigate. As a result, several videos display what seemed to be, to the untrained eye, an extremely organized hourly operation of bringing over large groups of migrants by bus, including pregnant women, who are then ushered to a nearby center.

After some time, the migrants are driven to McAllen Airport in Texas with filled envelopes and then set on a flight to a different state. In fact, due to a surge in the number of passengers, four bus companies that operate out of the Central Station bus terminal at the airport had to add as many as six daily routes.

(The throbbing concern is that many of these migrants, especially women and children, could easily be exploited as cheap labor and other practices that will strike fear into the heart of most parents.)

For starters, it isn’t exactly clear how the newcomers will make their economic contribution. What type of industry will they occupy: is there a desperate need for strawberry pickers, cleaners, cooks, factory employees and more complex work in construction that cannot be fulfilled by legal residents and citizens?

Are the tasks assigned to the illegal immigrants considered too mundane or laborious for the internet savvy American youth, who might find a lucrative way to make an honest living that doesn’t involve long hours of physical activity?

Is there a real crisis of labor?

Aside from the Biden administration’s desire to obtain ‘Democrat’ votes, some wonder if this regime wants to bypass proper permits and fast-track migrants to quickly fill roles that might not appeal to many Americans.

It has been reported that the need for most physical and manual skills is declining but remains the largest category of workforce skills in the United States, decreasing from 31 percent of workers’ time in 2016 to 25 percent in 2030. The type of physical activity involved will also change: vehicle warehouse and packaging tasks are more prone to automated robotic technologies than cleaning and changing bedsheets in a hotel room.

Based on information from the U.S. Census Bureau’s Value of Construction Put in Place Survey and the U.S. Bureau of Labor Statistics, the model estimates that 1.2 million construction workers will leave their jobs to work in other industries in 2022. The ABC Chief Economist Anirban Basu said:

An added concern is the decline in the number of construction workers ages 25-54, which fell 8 percent over the past decade. Meanwhile, the share of older workers exiting the workforce soared. According to the Centers for Disease Control and Prevention, the industry’s average age of retirement is 61, and more than 1 in 5 construction workers are currently older than 55.

The construction industry will also need to hire an additional 590,000 new workers to meet industry demand by next year. Indeed, attention needs to be given to infrastructure and the maintenance of airports, highways and bridges, dams, harbors and water systems.

There is an ongoing thought that a proportion of the illegal migrants might be willing to engage in work that requires getting up at 4 am and involves high-level physical activity. However, it is unknown whether some already possess learned skills that would be useful in construction, in contrast to less cognitively strenuous tasks such as cleaning, catering and agricultural work.

Before World War II, it would have taken a solid incentive to journey to the New World and become an American citizen—the unique opportunities to realize one’s potential in many political, social and economic areas under the American system. But, if circumstances were rough and times were tough, he or she didn’t point their finger at the government. Instead, the ambitious person would create other opportunities until those rough circumstances turned to open doors of prospects and those tough times turned to days of calm.

A federal judge would probably lead the new American through an oath of citizenship in a formal courtroom, where he or she, with a beaming smile, would take the Oath of Allegiance. Furthermore, there would have been an implicit understanding and pressure for that new citizen to describe himself or herself as an American—perhaps of say, Italian or Japanese or Mexican heritage—but first, last and always, an American.

Fast forward to 2022. Undoubtedly, a proportion of the illegal migrants will possess a strong work ethic, but that’s beyond the point because their entrance into the United States is illegal. And they haven’t been vetted the same manner as every other legal immigrant or visa-holder who crosses the border.

There is also a grave suspicion that many seek “welcome packages” of financial and accommodation support. For many, it’s too tempting, and they might be willing to make that sacrifice by facing the danger across the Rio Grande river from northern Mexico to the southwestern United States.

Between potential language barriers and expected ‘goodies’, it would be fair to ask how willing and likely many illegal migrants are to study the history and political heritage of the United States, immerse themselves in civic education and raise a family as Americans first.

Who is actually winning?

From the released videos, it is noticeable that some migrants carry cell phones with the occasional sleek headset. Likely, a casual observer wouldn’t stop to think they were fleeing a ravaged, poverty-stricken circumstance. But, most definitely, the migrants needed enough capital to have paid the coyotes—people who bring them across the Mexico–United States border.

In an interview with Univision, a group of coyotes responds to the question, “Is business booming right now?” according to translated subtitles.

We just come here to earn our daily bread like everyone else. In all honesty, there are too many people. Believe me. With the benefits your new president [Biden] is now granting, people found the courage to come.

“It does [pay well], given the situation with people,” another coyote said. Clearly, business operations are in full swing, and Biden’s open-border policy is even proving a handful for those involved in transportation logistics.

Meanwhile, in America, a Gallup poll shows that 60 percent of surveyed Americans are worried about illegal immigration, and 41 percent are worried “a great deal.”

According to Gallup, “The 41 percent currently worried a great deal roughly ties the percentage found a year ago but is otherwise on the high end of Gallup readings taken over the past decade.”

Not surprisingly, the Gallop poll reveals that Republicans are far more concerned about the illegal immigration crisis than Democrats.

Worry about illegal immigration among political independents falls between Republicans’ and Democrats’ concern—although, like Republicans, more independents are concerned a great deal (39 percent) than not at all (21 percent).

Between the booming business for coyotes and Americans increasingly concerned about the nation’s influx of illegal migrants, who is the Biden administration really helping to win?

What is the driving purpose of allowing mass migration that doesn’t follow the established legal process? Indeed, this process could be restricted and reversed with the same kind of organization it takes to transport hundreds and thousands of men, women and children from the river between Mexico and Del Rio directly to McAllen Airport every day.

Is the current administration only seeking to draw in potential ‘Democrat’ votes? Is there a calculated scheme for cheap manual labor with a preconceived idea that the migrants will feel compelled to work arduous long hours to avoid their sponsor threatening them with deportation? Is there a conscious effort to change demographic proportions across the United States, as if that isn’t happening already?

Many people continue to love to visit, work and live in the United States, from every former empire nation to the small islands worldwide. As they have done so since its very founding. Students, skilled workers, scientists and entrepreneurs with a diverse range of aptitudes and capabilities contribute to the growth of American excellence and, so too, may their children and future generations.

Undoubtedly, a proportion of the migrants who have been allowed to work in the United States without going through the proper legal immigration process will break through many barriers to achieve their own American Dream. Their aptitude, drive, and the opportunities America offers will be their winning formula—that’s a given.

However, considering that we are dealing with an unprecedented level of illegal migration—without rigorous scrutiny on character, education, language skills and motivation, many Americans are apprehensive about its impact on the social, economic and cultural fabric of the United States.

What is really eye-opening

All the tools, skills and financial means required to implement strict border enforcement are available, which the current administration continues to gleefully ignore. Surprise, surprise.

But, on a more personal note, what is revealing are the numbers that American born and bred youngsters are less likely to pursue professions in the construction industry, which undoubtedly spans from heavy routine physical work on-site to highly complex engineering operations. And, of course, there are the more mundane, less exciting roles like strawberry picking that haven’t entirely been automated, yet.

Suppose more younger American citizens pursued such roles. Then, would it make any difference at all to the Biden administration for having an open-border policy and going out of their way to prepare for the arrival of those who have chosen the most dangerous and the most illegal path into the United States?

Biden:There’s No ‘Federal Solution’ For COVID, can only be Solved At...

US fears China is flirting with seizing control of Taiwan